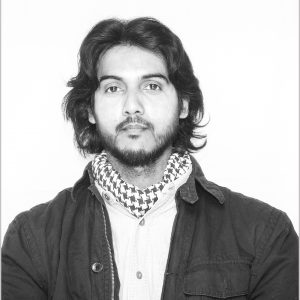 Jashim Salam is an internationally renowned freelance photojournalist, documentary photographer, photo editor, educator and curator. He graduated in photography from Pathshala, The South Asian institute of Photography and Media Academy. He also studied a Post Graduate Diploma in Visual Journalism through a scholarship program of World Press Photo at the Konrad Adenauer Asian Center for Journalism (ACFJ) at Ateneo De Manila University in the Philippines.

He has been covering wide range of photographic assignments for national and international press, magazine, news agency, NGO, iNGO, corporates, industrial, media and many development and charitable organizations for last 16 years. He has been teaching in photography workshops and seminars for aspiring young photographers regularly and also a mentor to many photographers all over the world.

-intensive research and given materials for individual students according their skills.

– One to one review for each student and assignment based teaching method.
Founding Director

– Focus is on visual content strategy and photo editing
passion is in visual storytelling: concepts / workflow / production
– Aim is to bridge visual storytelling to the best technologies and truly ethical brands
Obtained usage rights from stock agencies and photographers
– Set up studio booking for in house photo shoots and location shoots